What we do
Our Approach

Shouting out ‘NO’ to leaving terrorists behind

Accept International works to de-radicalize and reintegrate not only individuals and areas that face high risks of radicalization, but also those who were already involved in acts of terrorism. By downsizing human resources of terrorist groups in the field level, we aim to resolve terrorism and unending conflicts

Conventionally, armed conflicts have been resolved by the form of peace treaties. This approach is one that is done through dialogues between people and parties concerned in the conflicts. However, in the face of increasing numbers of conflicts caused by terrorist groups - accounting for approximately 44% of armed conflicts worldwide - it is significantly difficult to engage communication, thus the international society is in heavy search for innovative approaches.

Through the approach of providing and creating a path to de-radicalization and proactive reintegration for persecutors of armed conflicts, such as terrorists and gang members, we aim to encourage them to defect and break free from their current environment. Furthermore, by preventing vulnerable individuals from joining such terrorist groups, we establish a positive virtuous cycle towards conflict resolution.

Absolutely no one is born a terrorist, and we have learned from history that armed forces alone does not help end terrorism. This is why we use peaceful methods such as workshops, skill training programs, and counseling sessions to de-radicalize and reintegrate individuals into society. 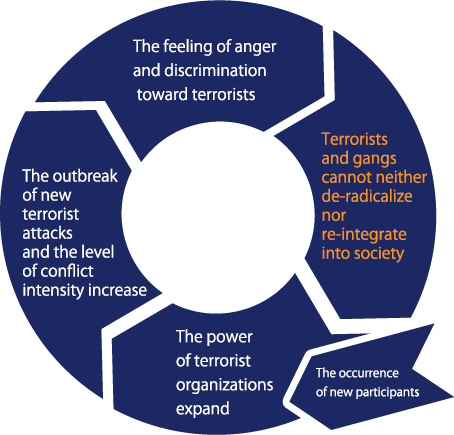 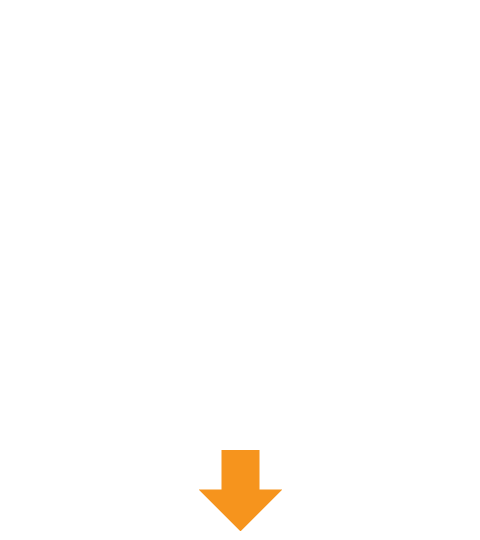 Accept International takes action in areas where little focus is paid, though issues of terrorism and armed conflicts are most severe.

Currently, we have been conducting our operations in Somalia, Kenya, and Indonesia. We have carried out projects in Nigeria and China (Xinjiang Uyghur Autonomous District) as well.

Rather than implementing programs with uniformity, we arrange its contents according to the conditions of each country. More precisely, arrangements are made within each country, such as districts and cities, with substantial results. In addition, we carefully monitor each individual’s situation, with successive follow-up programs.

As well as projects preventing radicalization targeting individuals and areas with a high risk of becoming radicalized, Accept International focuses on projects of ‘De-radicalization, Re-insertion and Re-integration’ for those who have already been radicalized. The main targets of this project are former terrorists incarcerated in prisons and individuals who have been released from it.
These target groups have a high demand to be supported, and through the provision of psychological, economic, and social support, we attempt to prevent re-radicalization while backing their new lives in local communities. Moreover, we aim to create an environment where individuals once radicalized can return to society, and increase the number of defectors from terrorist organizations.

Taking action towards de-radicalization and reintegration of former extremists, we have developed the RPA model, an innovative three-step framework built up from our experience in this field. The three steps, ‘Redefine, Prepare, Action’ reflects our approach and goal to resolving terrorism and armed conflict. Instead of a one-sided approach forcing the individual to be reformed and re-educated, Accept International utilizes meaningful conversations tailored to each of them, in order to adjust their ideologies and behavior for the better. Based on this framework, we implement de-radicalization and reintegration projects that are arranged by the condition of each operating country.

You guys gave me hope. You are ones that changed me.

Born in 1991, Kismayo, a southern city in Somalia, Abdifatar fled to Kenya as a child when the civil war in Somalia intensified. As an illegal refugee, he found himself in a refugee camp in Nairobi around the Eastleight Area, where many Somalis lived. For the sake of his survival and protection of his fellow comrades, he joined a Somali gang. In 2014, Abdifatar joined our project. Although he had earned his living by dealing Marijuana before joining our project, he now concentrates on taking care of other former-gang members as well as newcomers to our projects as a staff.

I can easily imagine how I could be portrayed by the community. Still, I want to start building my life again.

Abdi was born in 1996, Baidoa, a city in the southwestern Bay region of Somalia. When his family members were killed at a young age, he started to live with his uncle. He was invited by a recruiter to join Al-Shabaab at a nearby mosque and at the same time felt peer pressure to join by his friends. As a result, he became a member of Al-Shabaab. Although he spent one year at a training camp of Al-Shabaab, he made a decision to leave Al-Shabaab with his friends. He is currently taking part in our rehabilitation program.

Your power is needed for stopping terrorism
and terminating a conflict.