"Accept", rather than “Exclude”

Our organization works under this principle to eradicate terrorism and resolve armed conflicts.

In today’s world, we face an unprecedented number of terrorism and armed conflicts, resulting in an unimaginable volume of deaths and refugees. Conventionally, such crises have been solved and approached in the form of military action and extermination. However, the situation has not seen any sign of improvement. To make matters worse, since 2011, the world has faced an unparalleled scale of terrorist threats and violent conflicts. 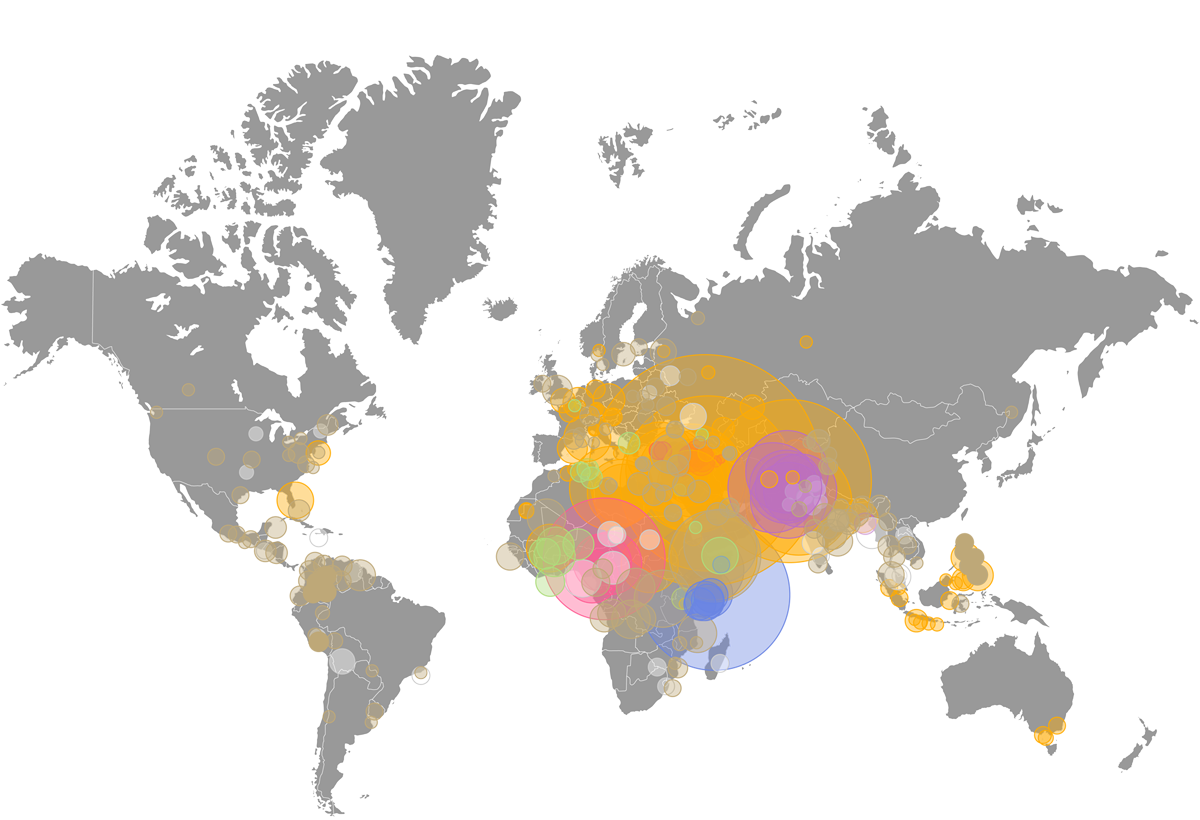 The map below shows the number of terrorist attacks worldwide, counted from January 1st, 2016 to February 8th, 2019.

In the face of such reality, we strongly believe in the need to ‘Accept’ former violent extremists. This concept is merely an idea based on philanthropism. Analyzing what is necessary to resolve the issues, by looking at the history and structural issues surrounding the cycle of hatred, we find the efforts to ‘Accept’ is essential. It is precisely because we work in the field of terrorism and conflict resolution, that we choose a peaceful approach than one of brutal force.

A pigeon released from the fingertip of a person, is entangling a gun with ivy. This logo, in blue and green, serves as a message to ‘eradicate violence through an humanitarian approach’. The variety of colors used in the leaves of ivy symbolizes ‘diversity’. Furthermore, in terms of numerology, 10, the number of leaves on the ivy, represents ‘tolerance and reconstruction’.

Our work is demand-based, not empathy-based

The operations done by Accept International focus on the issues which have been overlooked, despite the desperate needs from countries worldwide. Much to the concerted effort of international society, aid and compassion has been seen against the socially vulnerable, such as children, women, and refugees. However, it is the people who get shut out from such trends that cause terrorist actions.

When tackling issues, our organization does not operate under the basis of empathy, but rather under objective reasoning. Therefore, it is the problems that are of urgent concern, however rarely looked upon, that we should and must commit to. This is why Accept International works in areas of unending conflict, such as Somalia, and against those who have been isolated from communities, for instance ex-combatants from terrorist groups and gang members.

In spite of its gravity, the field of counter-terrorism and conflict resolution is scarcly addressed, since actors tackling them face various restrictions. Those restrictions include but are not limited to, high risk, lack of effective solutions, and the deficiency of social support, especially in Japanese society. Facing such major setbacks, Accept International will never give up. We are determined to establish a precedent for the solution to counter-terrorism and conflict resolutions.

Your power is needed for eradicating terrorism
and terminating conflicts.